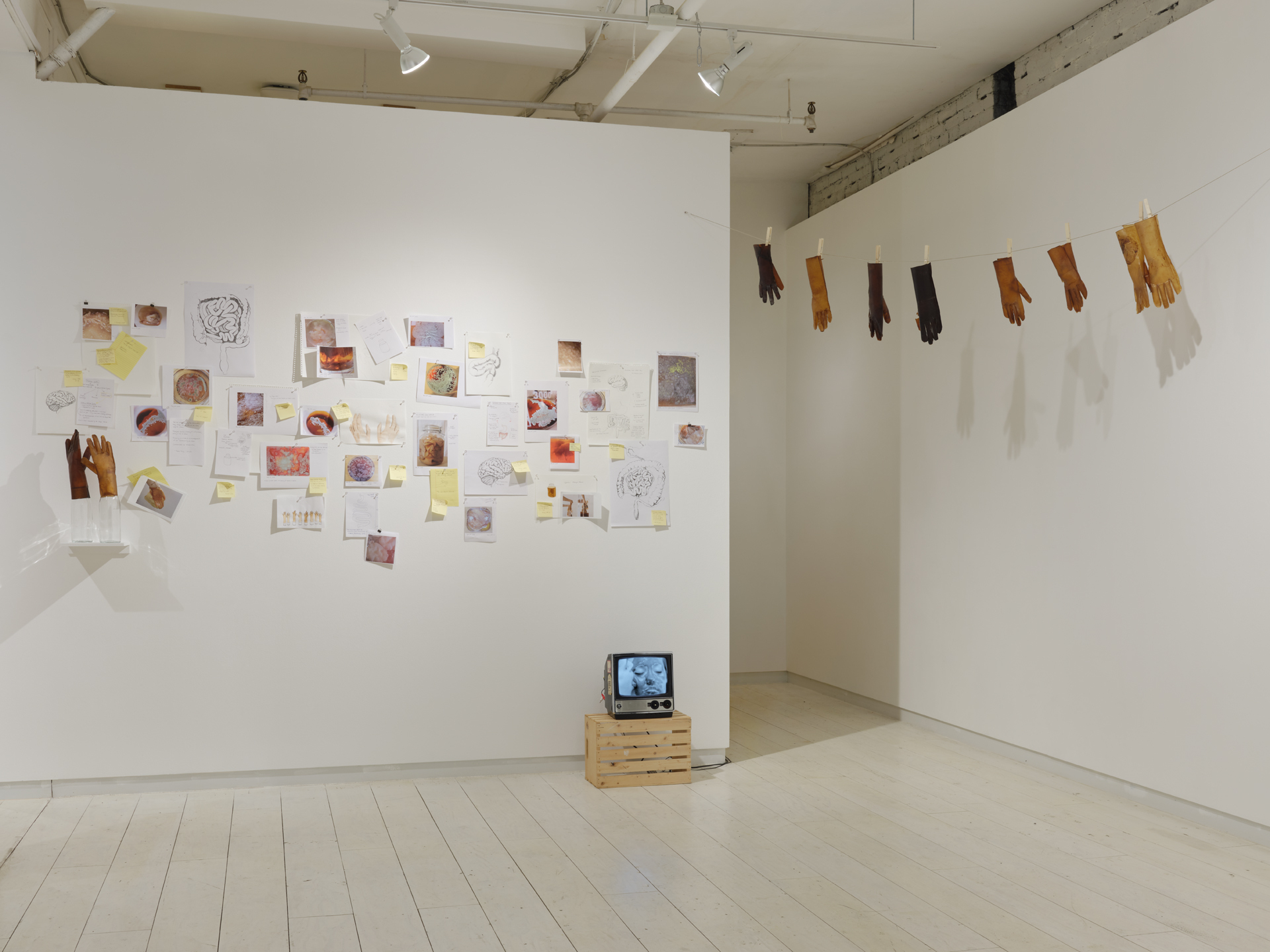 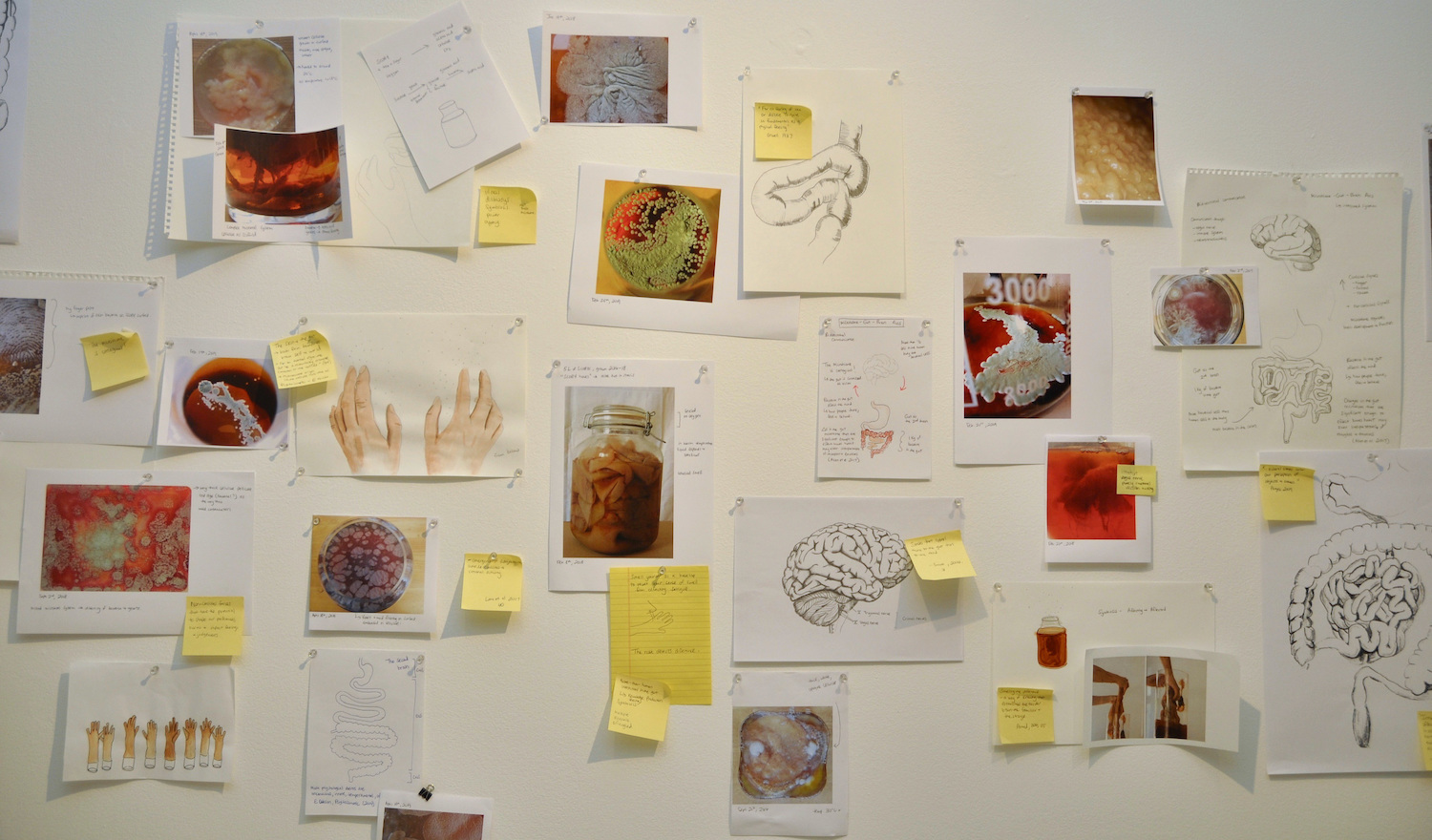 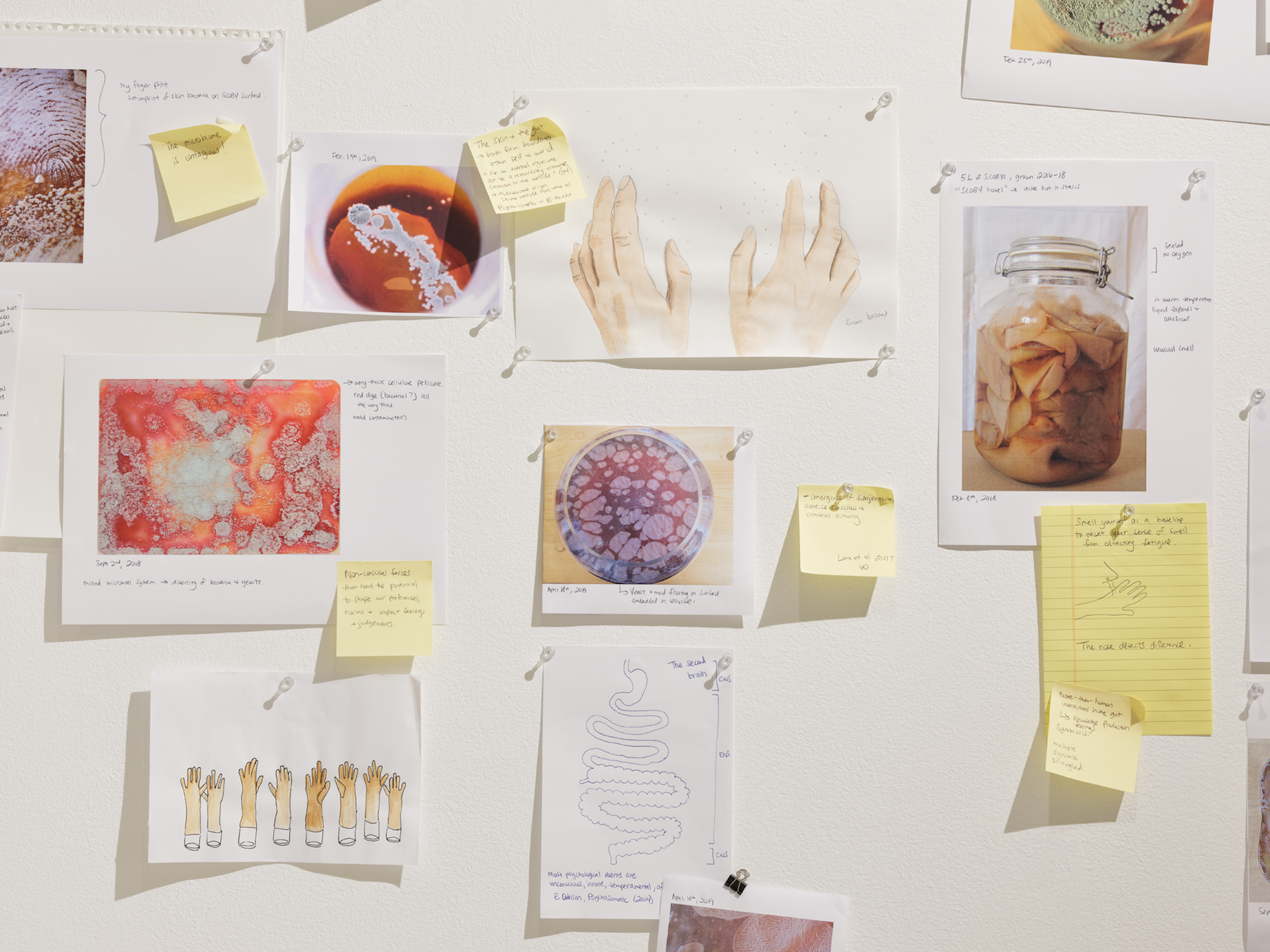 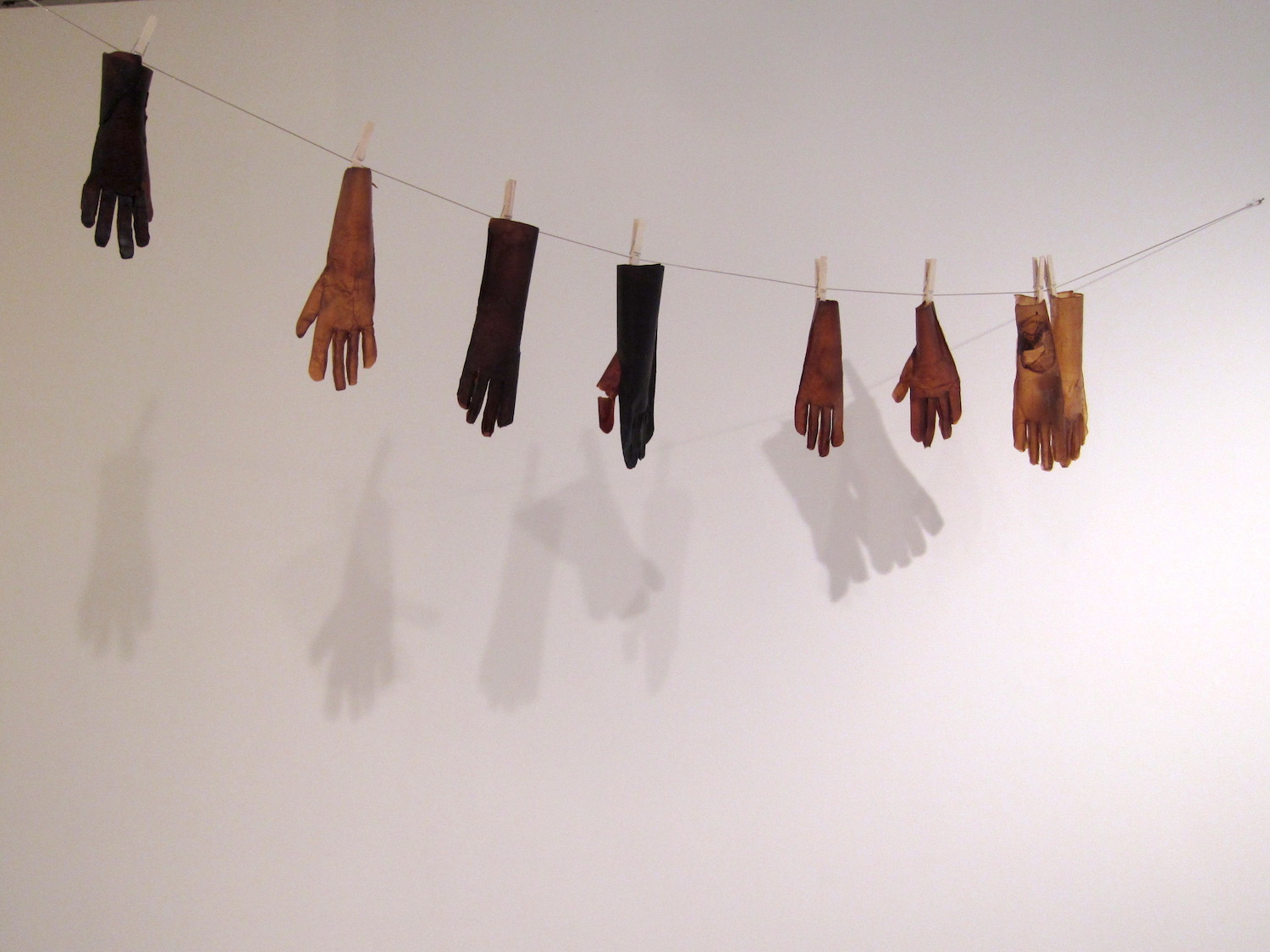 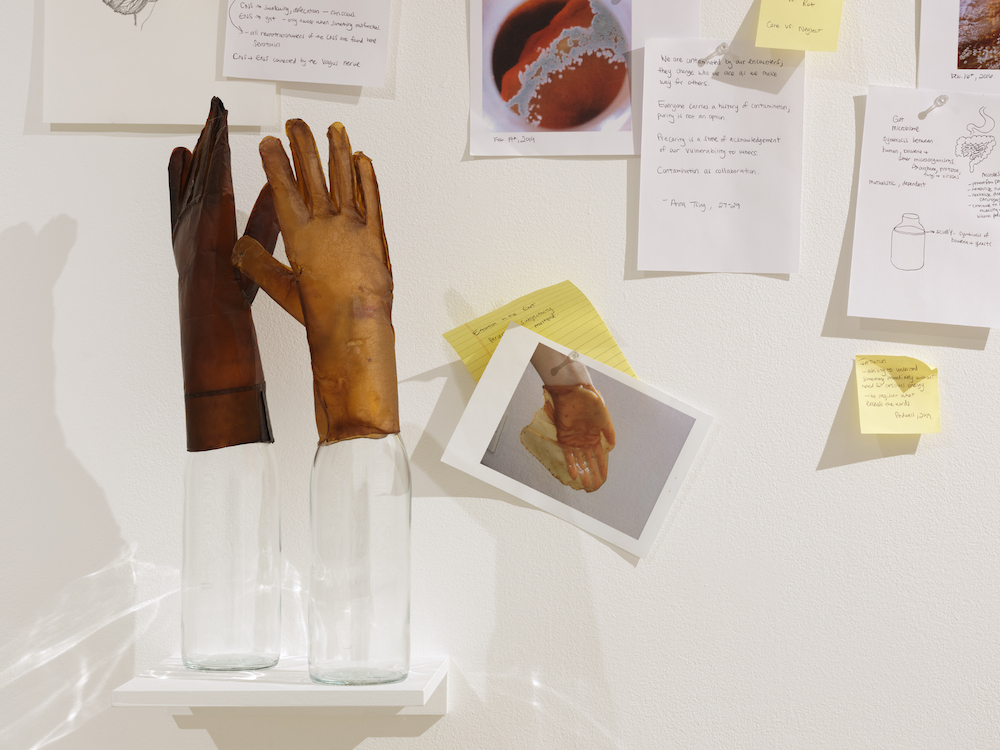 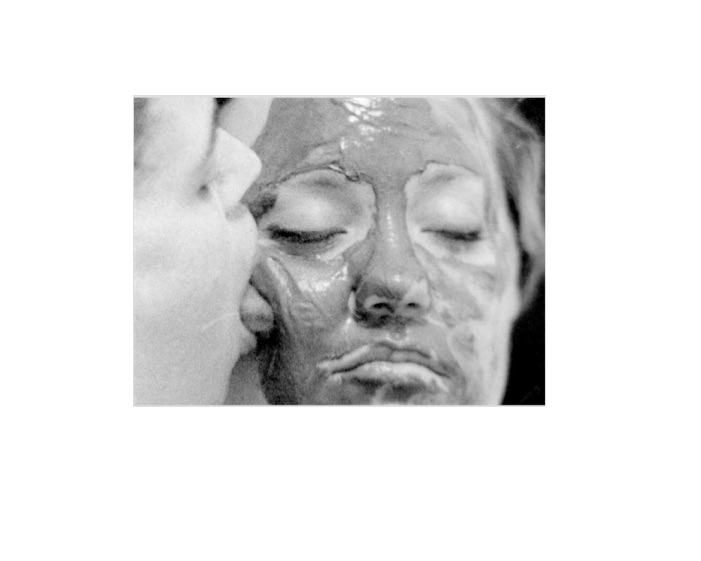 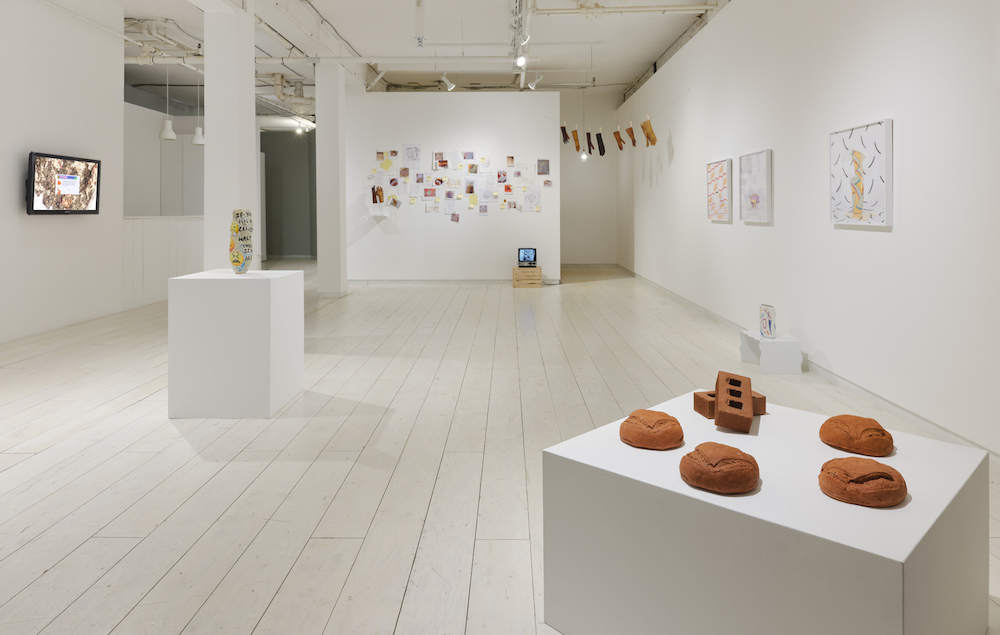 “Alanna Lynch’s Gut Feelings is a research-based project on the microbiome … The work features sculptural objects such as gloves made from dehydrated kombucha SCOBYs—a bacterial cellulose “fabric.” The gloves, which are typically meant to protect a human wearer from a contaminating agent or material, are themselves composed of the contaminating material—in this way, they come to symbolize a cross-species, “contamination as collaboration” ethos of feminist fermentation. The co-mingling of contamination and protection reflects the blurred lines of mind and body, gut and bacteria, self and other, human and non-human, of the microbiome and its intermeshing of borders and bounds. Lynch is energized by the idea, now echoed in science discourse, that “symbiosis is not mutually beneficial” (notably: in biology, the term “symbiosis” has recently been redefined to reflect the often disproportionate dynamics in symbiotic relationships). Alongside the sculptural gloves is a salon-style hanging of Lynch’s drawings and sketches, photographs, and written reflections on “abnormal” SCOBY growth based on her observations of her many SCOBYs in the studio. A variety of different fungi and moulds—other microbes which coexist in strange ways with Lynch’s kombucha—grow on the surface of the booch, on display in this wall-based installation that provides a glimpse into the artist’s experiments in her studio-cum-laboratory.”

Supported by the Canada Council for the Arts.